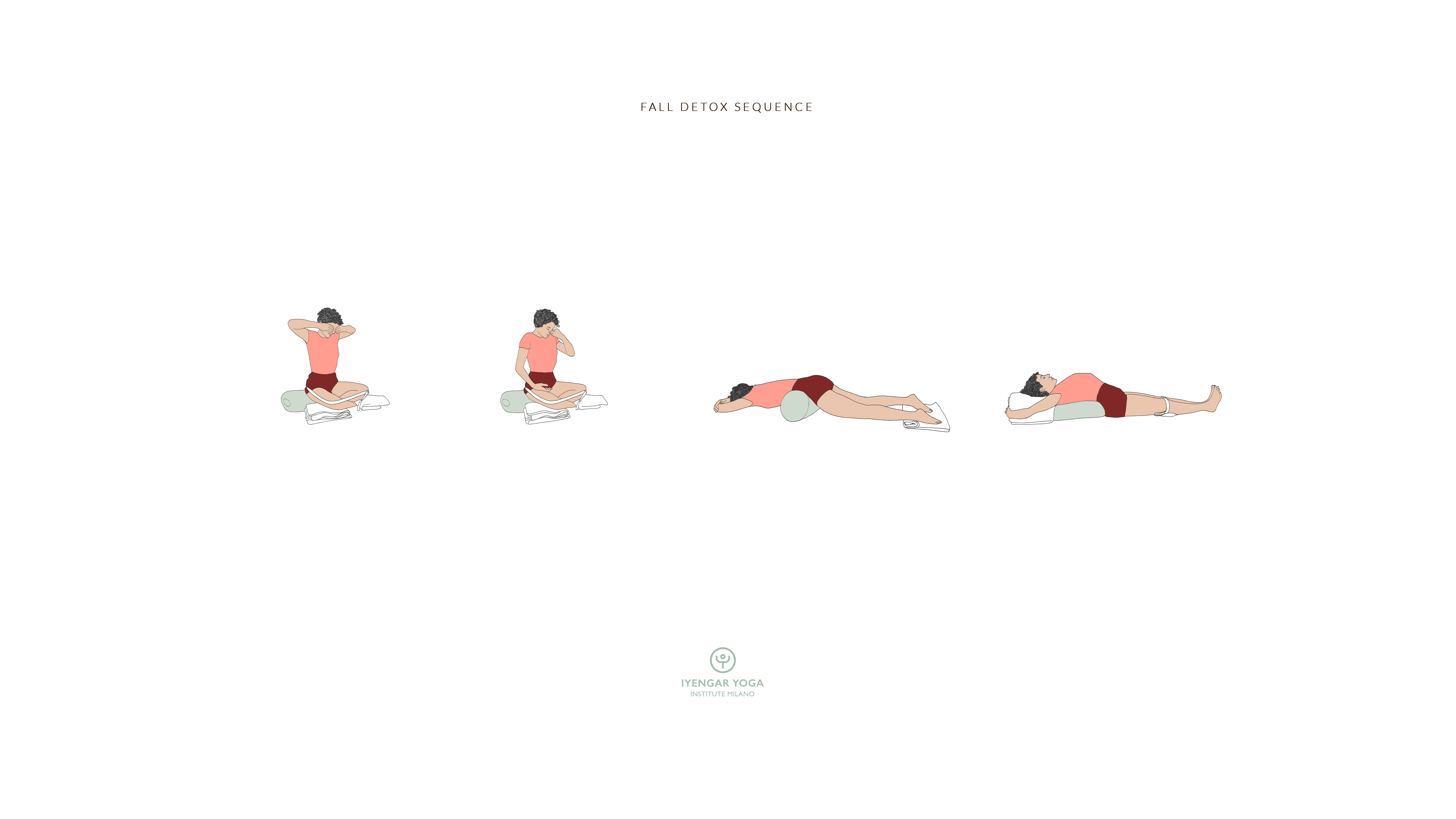 The rationale of this yog-asana and prāṇāyāmasequence is to indirectly ‘touch’ and stimulate each of these three parts of the abdominal cavity and exert a positive effect on the gut-brain axis thanks to meditative prāṇāyāmatechniques.

Finally, the sequence ends with ‘de-toxifying’ the brain and ‘energetic channels’, nāḍī in sankrit. Prāṇāyāmabreathing has been extensively shown by scientific research to alter autonomic activity. Prāṇāyāmatraining induces a decrease in basal sympathetic tone. Slow and deep breathing itself has a calming effect on the ‘minding’, helps an individual to de-stress and may also exert profound physiological effects on pulmonary, cardiovascular, and mental functions of the brain.

The sound produced during brahmari #pranayama (the bee humming breath), relaxes the nervous system and brain cells by stimulating a parasympathetic activation. A rather vast number of scientific papers indicate that slow pace bhramarī prāṇāyāmainduces parasympathetic dominance on cardiovascular system. Strong EEG activity has been also observed in the left temporal lobe of subjects practicing #brahamari, similar to those observed in meditators who exhibit more paroxysmal gamma waves (PGWs) in active regions of the brain.

Traditionally, nadishodanaprāṇāyāmais believed to purifying what the hatha yoga traditions call nāḍī, sort of body’s energetic channels. Although there is no evidence of the presence of such structures in the body, the perceived effect of this prāṇāyāmatechnique is balancing sympathetic and parasympathetic nervous systems. The beneficial effects of practicing nāḍī shodanaprāṇāyāmaon body functions and ability to combat life daily stressors has been well recorded in ancient yogic texts. The so-called Idanāḍī (on the left side of the spine) is traditionally intended to be associated to relaxation, while the Pingala nāḍī (on the right side of the spine) is intended to foster an activation of the body. Currently, several available studies have explored and confirmed the beneficial physiological effects of nāḍī shodanaprāṇāyāma, in particular on blood glucose level, heart rate and blood pressure. Nadi Shodhana Pranayama reduces the blood glucose level, heart rate and blood pressure by activating the parasympathetic nervous system which enhance the healthy cardiovascular functioning of the body and control high blood glucose by stimulating the insulin secretion from pancreas. 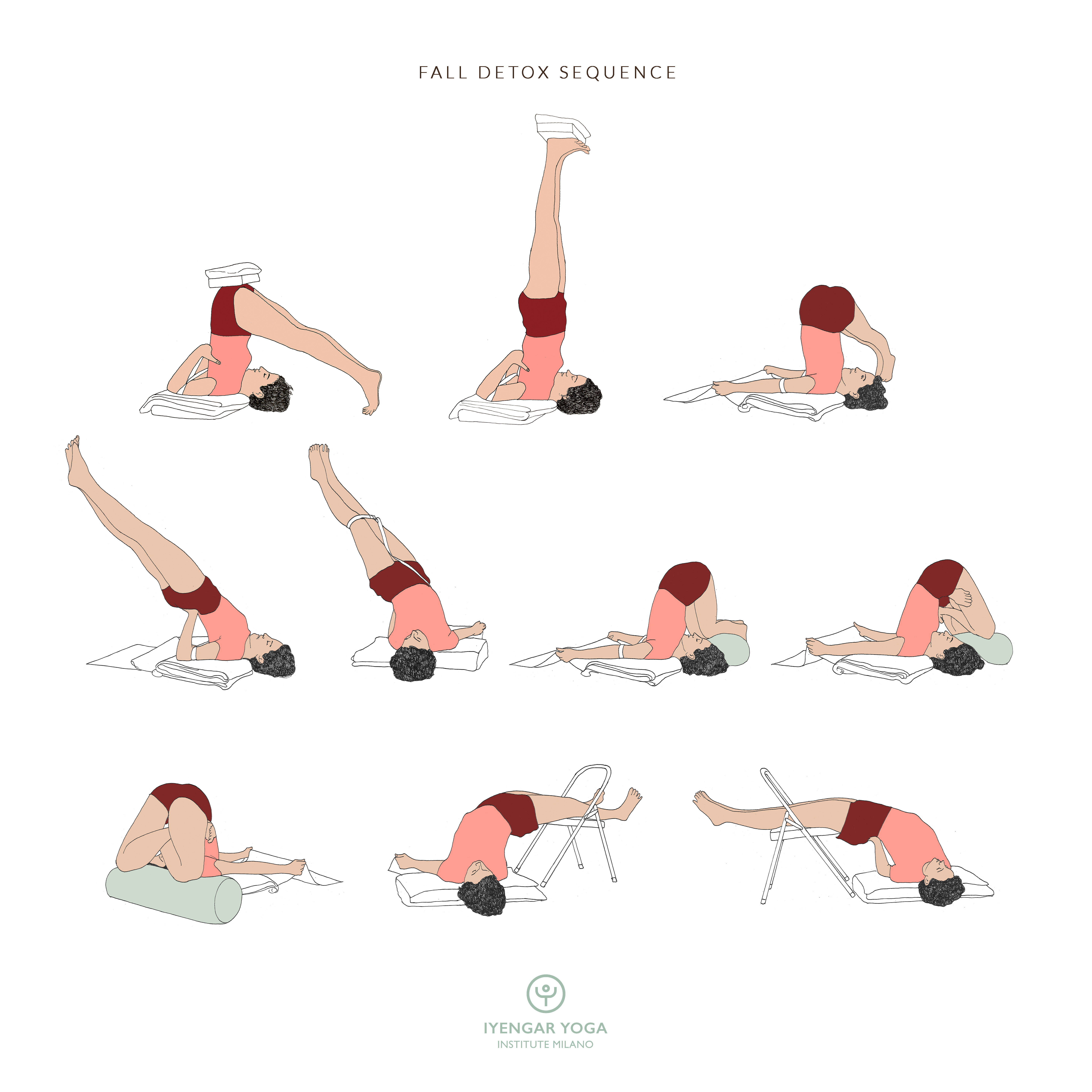 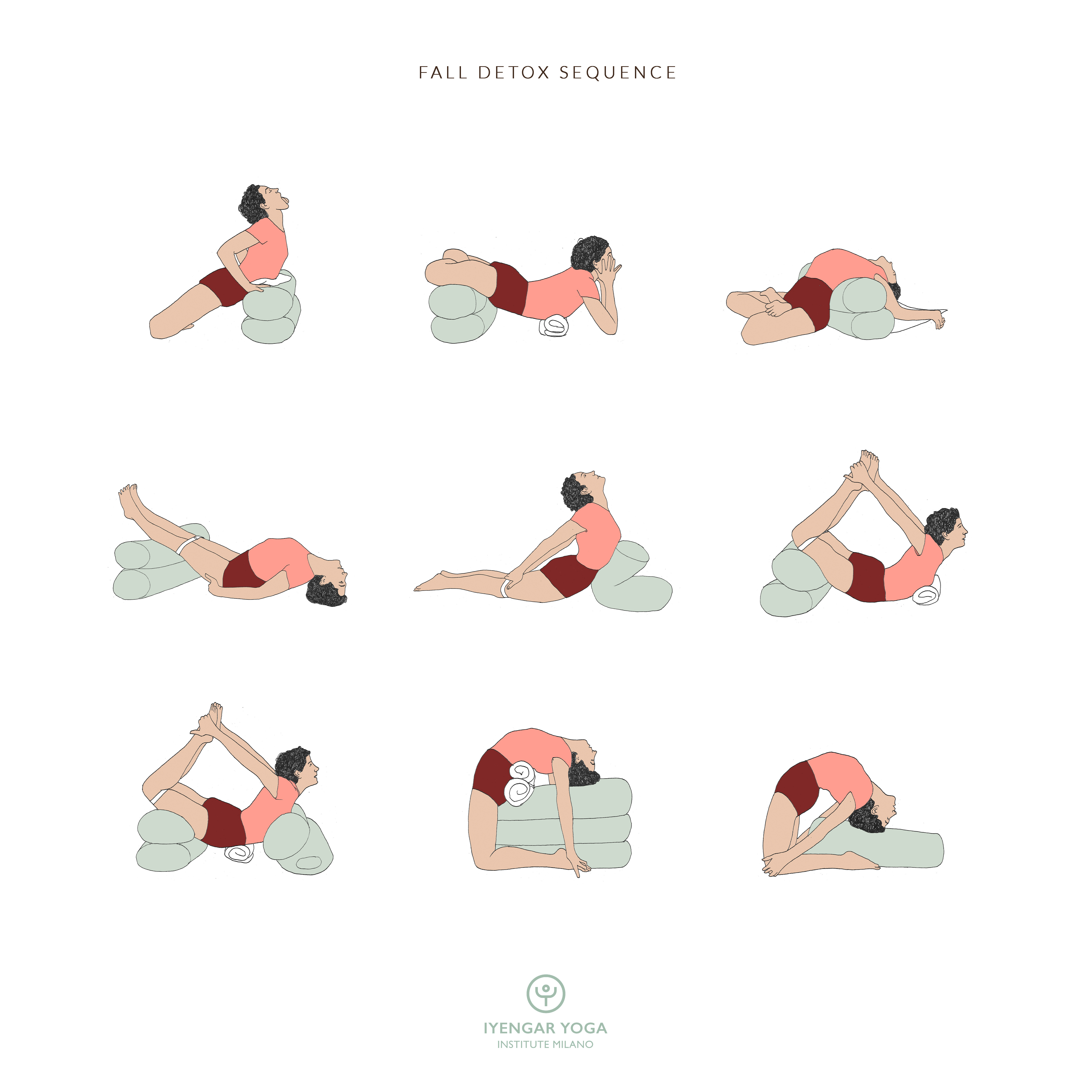 Find a focus on the third part of the detoxifying sequence 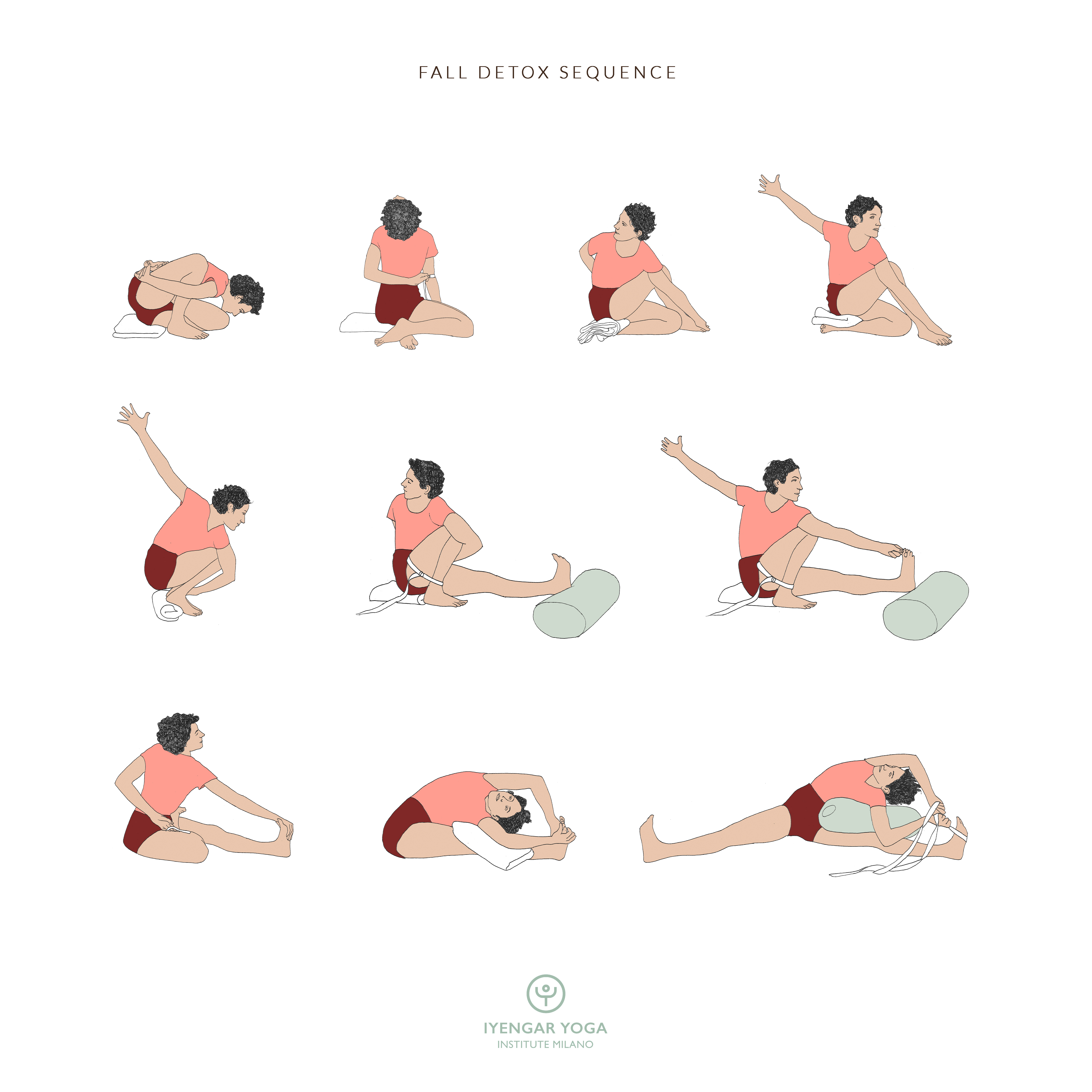